The field of medieval music has, in many respects, changed significantly over the last few decades. Medieval studies is not alone in this regard, though; very few, if any, areas of musicological scholarship have not yet engaged in a similar kind of widening of the lens.

One of the exciting new trends in medieval music studies is the expansion of the “where” of it all. The medieval period is a huge chunk of chronological time, regardless of the lack of agreement on when exactly it started or ended. But musically speaking, it has largely been confined to Western Europe, with the bulk of the attention focused on just a few areas such as France, Italy, and England. In the last several decades, though, not only have researchers focused on other underrepresented countries in Europe, but they have also broadened out their investigations to areas worldwide and to the myriad points of connection that all of these places had with one another. This echoes similar approaches to the “global medieval” in other fields such as history, literature, and art. But doing so does raise some thorny issues, especially the superimposition of Western ideas of periodization to non-Western cultures—in other words, other cultures have their own ways of approaching their histories that do not necessarily align with the Western idea of “the medieval period,” so we have to be careful that the baggage that comes along with what Western people consider to be “medieval” isn’t read into or layered on top of what was happening elsewhere. To that end, whenever I use the word “medieval” here, I’m explicitly referring to the Western Middle Ages.

On that note, many of our ideas about the “when” within the medieval period are also being challenged these days. New discoveries about people’s biographies, music manuscripts, theoretical treatises, references to works, and so forth, are continuously being made, and some of these discoveries are causing scholars to reconsider just when particular musical developments might have occurred. For example, in one of my own areas of interest, the fourteenth century, recent work by scholars such as Karen Desmond and Anna Zayaruznaya suggests that the musical, theoretical, and notational phenomenon we know as the Ars nova might have happened later in the century than previously thought.

In the same vein, medieval music researchers have expanded the “who.” In addition to new discoveries about already known individuals, we have also been able to identify previously anonymous or mistaken people. In my recent book, for example, I discuss a little-known medieval theorist whose real name I was able to find in papal records. Moreover, just as the geographical space of the medieval has been broadened to include areas formerly thought separate or irrelevant, many scholars are also actively looking for previously overlooked voices. For example, for decades we have seen more and more work done on women and their roles in the musical life and contexts of their societies. More recent work continues that drive, certainly, but also opens up to investigate people of color, people of lower classes or precarious social contexts, non-Christian populations, and the like. This work also moves beyond composers to include performers, patrons, instrument-makers, copyists, or other ways of engaging in music.

Unexplored archives, or unexamined portions of known archives, have been particularly helpful on this front. They have also allowed several scholars to pursue exciting microhistories of local areas or establishments. These microhistories shed light on known musical practices, networks, and priorities, but they also reveal new kinds of music-making that might have been left out of older scholarship.

On all of these fronts, though, what we are seeing is a massive shift in our understanding of what kinds of musical lives and activities are considered worthy of study, and whose voices are considered worthy to recount. It is exciting to see the wealth of new discoveries, connections, and points of view that today’s scholars are making, and subsequently, to see older scholarship revisited, reconsidered, and revised with these new approaches in mind. And this work is playing out in all sorts of formats—not only are there the expected academic books, articles, and conferences, but there are also new groups forming specifically to help tackle some of this work, like the new Skills and Resources for Early Musics study group through the American Musicological Society, and new kinds of people and repertories being explored in early music classes at the Amherst Early Music Festival or the San Francisco Early Music Society.

Many people might wonder why these discoveries are so exciting, outside of purely intellectual satisfaction. In fact, some might wonder why it is relevant at all to study medieval music in the 21st century—at least, beyond the fairly traditional rationale of helping students to better understand later eras of Western music. That is useful, of course; no artistic creation is ever made in a bubble, and many of the composers from the Renaissance through today that students might encounter in a traditional music history survey were well-versed in earlier kinds of music, although it’s important to note here that some of the traditions that some people might consider to be medieval, such as plainchant, are actually continuous. We are always in dialogue with history, so studying later musical practices, canonical or not, without the benefit of the pasts on which they draw will only ever give us part of the story.

But there are other compelling reasons to study medieval music. For one, medieval music is constantly being performed and recorded by numerous contemporary artists. Some of this takes place in what we might call, for lack of a better term, the “classical” sphere, while some of it occurs within all sorts of modern media, and more on that shortly. On the former, studying medieval music aids the listener in understanding the performing choices that the performers and directors (and even the engineers) have made in individual albums across decades of recording. It opens up spaces to discover how the study of medieval music itself has developed and how it has changed, in many instances hand in hand with its performance, and it reminds us that our understanding of both of these things is, as ever, a decidedly current phenomenon.

On the latter, it hardly takes much effort to look around and see just how much of modern Western popular culture is based on medieval, or perhaps more accurately, medievalist themes. From Tolkien to Disney movies to Game of Thrones to biopics of Hildegard of Bingen to video games set during the Black Death, huge swaths of pop culture have been influenced by interpretations of medieval biography, history, and myth. However, it is not just light-hearted children’s stories or art film that bear a medieval imprint, but political discourse, nationalist ideologies, and a host of prejudices as well. Rhetoric steeped in medievalist mythologizing has permeated many of the right-wing movements in Western societies over the last several years—one need only note Saint Maurice’s black eagle or the phrase “Deus Vult” appearing on shields at the 2017 Charlottesville white supremacy rally or Viking rune tattoos at the January 6 Capitol insurrection. While these aren’t musical references, that does not mean they should be ignored by musicologists. If we don’t teach medieval music because we think the music itself might be difficult to grasp, too unfamiliar for people to connect with or care about, we miss out on a crucial opportunity to correct preconceived notions about what the Middle Ages were. In teaching medieval music in all its myriad contexts, we have the ability to show that the medieval era was multifaceted and complex, that it was not the dirty (or pristine), violent (or perfectly peaceful), unscientific (or naturally wise), overly superstitious (pagan, Christian, or magical) scenario often presented in modern media. People of all sorts of economic classes, genders, ethnicities and geographic backgrounds, religions, abilities, and so forth participated in individual and collective societies and their musical practices, and these people and their practices migrated, merging with other traditions en route and connecting with still others through trade and travel. We have the ability, in other words, to poke at terms like “Western” and “medieval” and show them to be, in some manners of speaking, houses of cards.

To that end, I would encourage anyone teaching medieval music to do two things. The first is to dig deeply into the wealth of scholarship coming out of history, literature, and other fields on approaches to diversity in the Middle Ages and the co-opting of the “medieval” by modern groups. The second is to familiarize themselves with scholarship on medievalism in modern media, both in music and more broadly. It is through books, film, television, and video games that many of our students first encounter the “medieval,” and this provides us as educators with myriad opportunities to connect to their prior experiences and to discuss the realities of history against the artistic license of modern creators.

Cook, James. “Music in Fantasy Pasts: Neomedievalism and Game of Thrones.” In Recomposing the Past: Representations of Early Music on Stage and Screen, edited by James Cook, Alex Kolassa, and Adam Whittaker. Abingdon, UK: Routledge, 2018.

Haines, John. “The Many Musical Medievalisms of Disney.” In The Oxford Handbook of Music and Medievalism, edited by Stephen C. Meyer and Kirsten Yri, 690–708. New York: Oxford University Press, 2020.

Reynolds, Dwight. “The Re-Creation of Medieval Arabo-Andalusian Music in Modern Performance.” Al-Masaq: Journal of the Medieval Mediterranean 21, no. 2 (2009): 175–89.

Stoessel, Jason. “Voice and Song in Early Encounters between Latins, Mongols, and Persians, ca. 1250–ca. 1350.” In Studies on a Global History of Music, edited by Reinhard Strohm. New York: Routledge, 2018.

Karen M. Cook is Associate Professor of Music History at the Hartt School of the University of Hartford. She specializes in theory and notation of the fourteenth and fifteenth centuries, and also in medievalism and other kinds of musical identity in contemporary media, especially video games. Recent works were published or are forthcoming in the Medieval Disability Sourcebook, The Oxford Handbook of Music and Medievalism, The Museum of Renaissance Music, Music and the Moving Image, and the new Journal of Sound & Music in Games, for which she is on the editorial board. Her book Music Theory in Late Medieval Avignon: Magister Johannes Pipardi was published in 2021 as part of Routledge’s RMA Monographs Series. Karen has also written several articles for the A-R Music Anthology, including articles on John Dunstable, the Comtessa de Dia, and the Cantigas de Santa Maria. 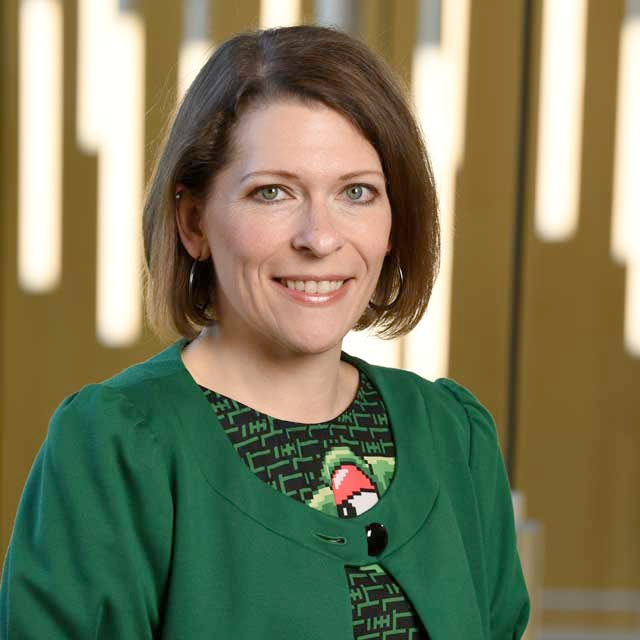